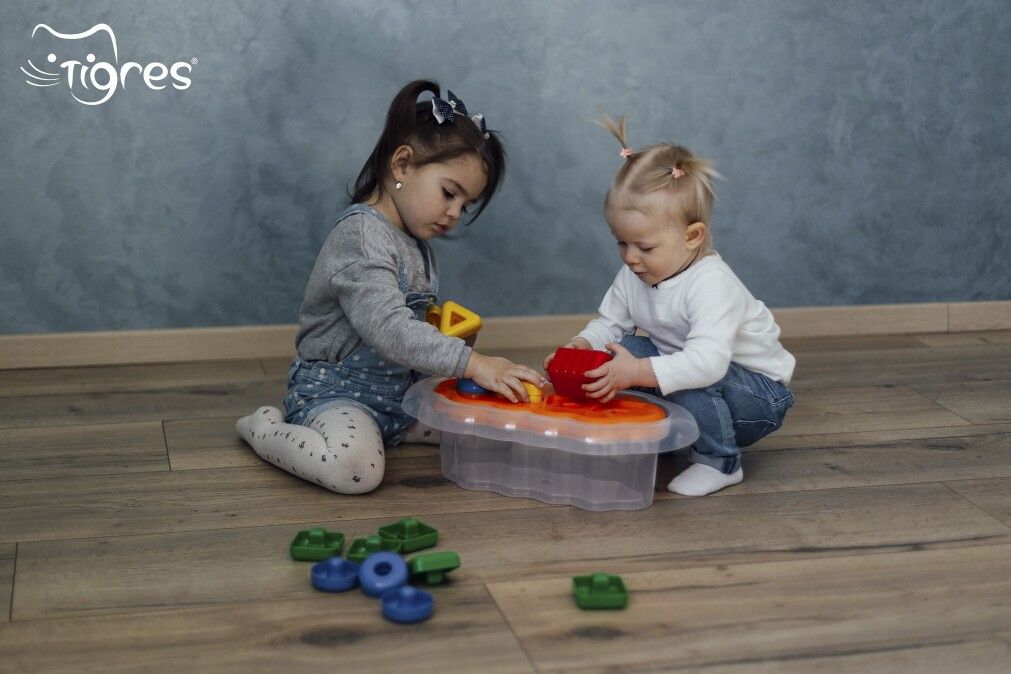 Shape sorter is an educational toy, the principle of which is based on sorting objects according to various criteria: color, size and shape. Why sorter is considered to be one of the most useful toys?

The first toys, offering children to sort objects for one criteria or another, began to appear as early as in the beginning of the twentieth century. But, finally, the idea was formed by Maria Montessori, who has invented special structures for the early child development. In the 30s the first factory toys have appeared.

Shape sorter – how it works.

Each toy has a base and holes in the form of one object or another: frame, cube, ball, house, square and also figures, which should be assorted according to the hole in the frame. The main goal of the toy is to teach the child to think logically. When a child selects an appropriate figure, he uses memory, learns to analyze and distinguish colors, develops creative thinking and spatial awareness. Unlike most other development games, shape sorter is recommended for children of any age. Manufacturers propose safe structures without sharp points and large parts.

Usefulness of games with a shape sorter:

Thus, shape sorter is a very useful game, recommended by the experts to all children. Especially, these toys are useful in the kindergartens and developmental centers. The choice of toys is very big, they differ from each other in size, base, manufacturing materials, complexity, color scheme and shapes.

For children from the age of 12 months, you can choose the shape sorter “Magic Figures” from the Ukrainian manufacturer Tigres - a great gift for developing the creative imagination of a child.

When playing, the child will be able to build 4 towers of different shapes and colors from the figures, choosing the appropriate hole to place the figure. It is very convenient to store pieces in a large transparent tray, it also serves as the “foundation” for the future building of the child.
All elements have a rounded shape, large elements are convenient for small hands. The details can be outlined on paper, additionally training fine motor skills.

The game is useful for the development of spatial thinking, intelligence and attention of the child, the motor skills, coordination and agility of movements. It helps to study elementary figures and colors.

The educational toy – shape sorter «Kitten» - is a part of the series of developing plastic toys for children from twelve months old.

The toy is created in the form of a bright kitten with soft ears, bow and small hands on laces, as well as small legs, which can be shifted. A child should select the appropriate hole in the sorter to push figures of different form.

The set includes 9 multi-colored figures of various shapes. The toy is represented in 4 interesting color designs.

The educational toy – shape sorter is very useful for a child. Selecting figures for holes and cuts, the child learns shapes and colors, learns to compare and analyze, develops logic and memory, agility, fine motor skills and coordination of movements.

You may purchase a toy – shape sorter from the Ukrainian producer in our online store. Toys of Tigres trademark are high-quality and safe, and also they have the appropriate certificates.

Buy Ukrainian and be healthy!