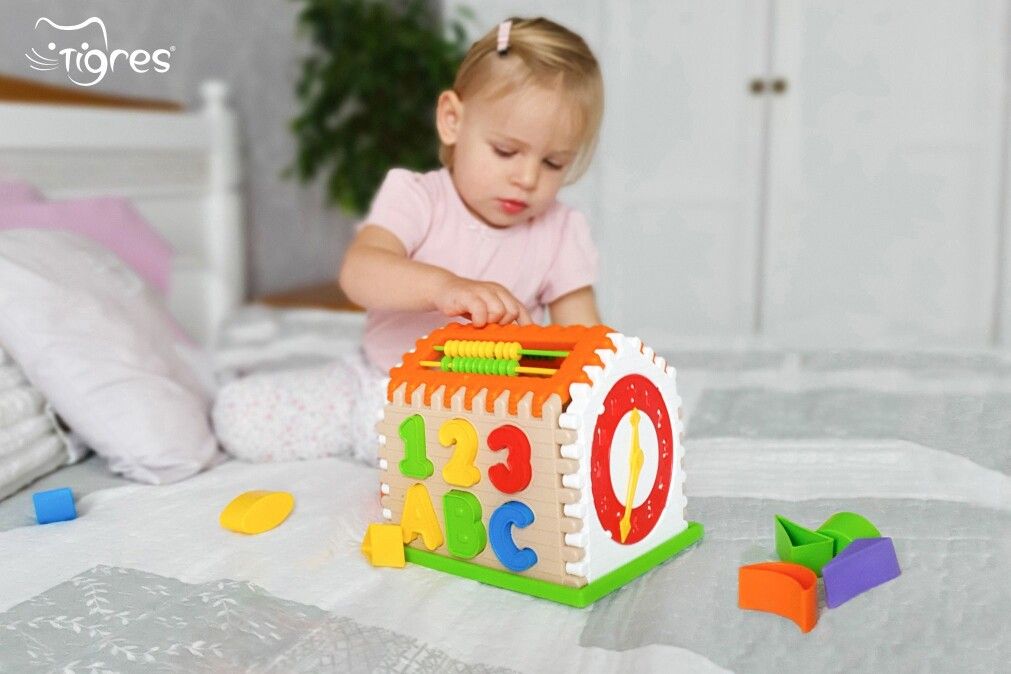 Sorter toys - gadgets for the little ones

At the age of 1 to 3 years there is a rapid development of babies. The child develops and learns about the world every day. Developmental toys play an important role in the early development of children. 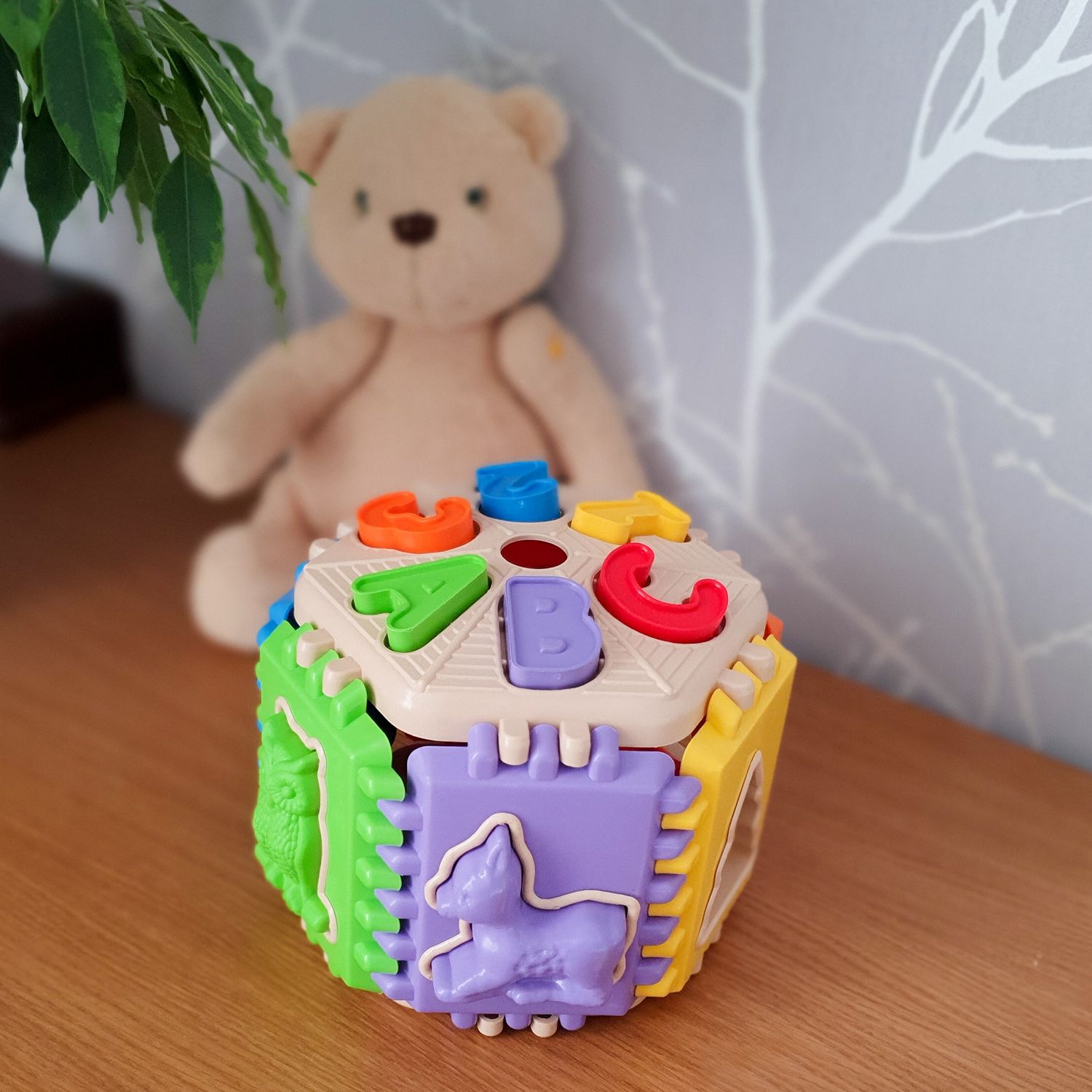 Maria Montessori, an Italian pedagogue and child psychologist, became the inventor of sorter toys. At the heart of her technique is the child's independent knowledge of the world around him. Maria Montessori considered the main task of self-realization: if a child is deprived of the opportunity to act, he never knows himself and his abilities. Bright sorter toys encourage the child to play and develop the most important skills.

Today you can buy toys-sorters of different colors and shapes. When choosing a sorter, pay attention to age restrictions and educational value of the toy.

The kid will play at home and will develop fine motor skills of hands, attention, memory, perseverance, will get acquainted with forms and colors. Thanks to its functionality, the toy will hold the child's attention for a long time and encourage him to play.

Sorter toy "Magic phone" 27 el., Tigres is a bright, exciting toy that combines the functions of a designer and a sorter. The toy consists of 6 sides with figures of different shapes, into which animal figures and walls with holes of different shapes for 6 geometric figures, a telephone handset + a dial are inserted.

To make a hexagon, the child needs to connect its walls. In each wall of a cube there are figured openings to which it is necessary to pick up figures of animals of the corresponding form. Picking up figures for holes, the child learns shapes and colors, learns to compare and analyze, develops memory and logic.

Other constructions can also be made of cube elements. Creating constructions is very useful for the development of a child's creative potential. The toy-sorter "Forest school" will help to acquaint the kid with colors, figures, and also animals in game. This is a universal toy for the early development of the baby.

The toy consists of sides with figures of different shapes, into which animal figures are inserted. The figures of the first letters and numbers are placed in the upper and lower part of the sorter.

The first thing that develops a sorter toy is perception. Therefore, educational toys are made in different colors. Bright colors will help the child to develop visual skills, and a large number of details - fine motor skills. 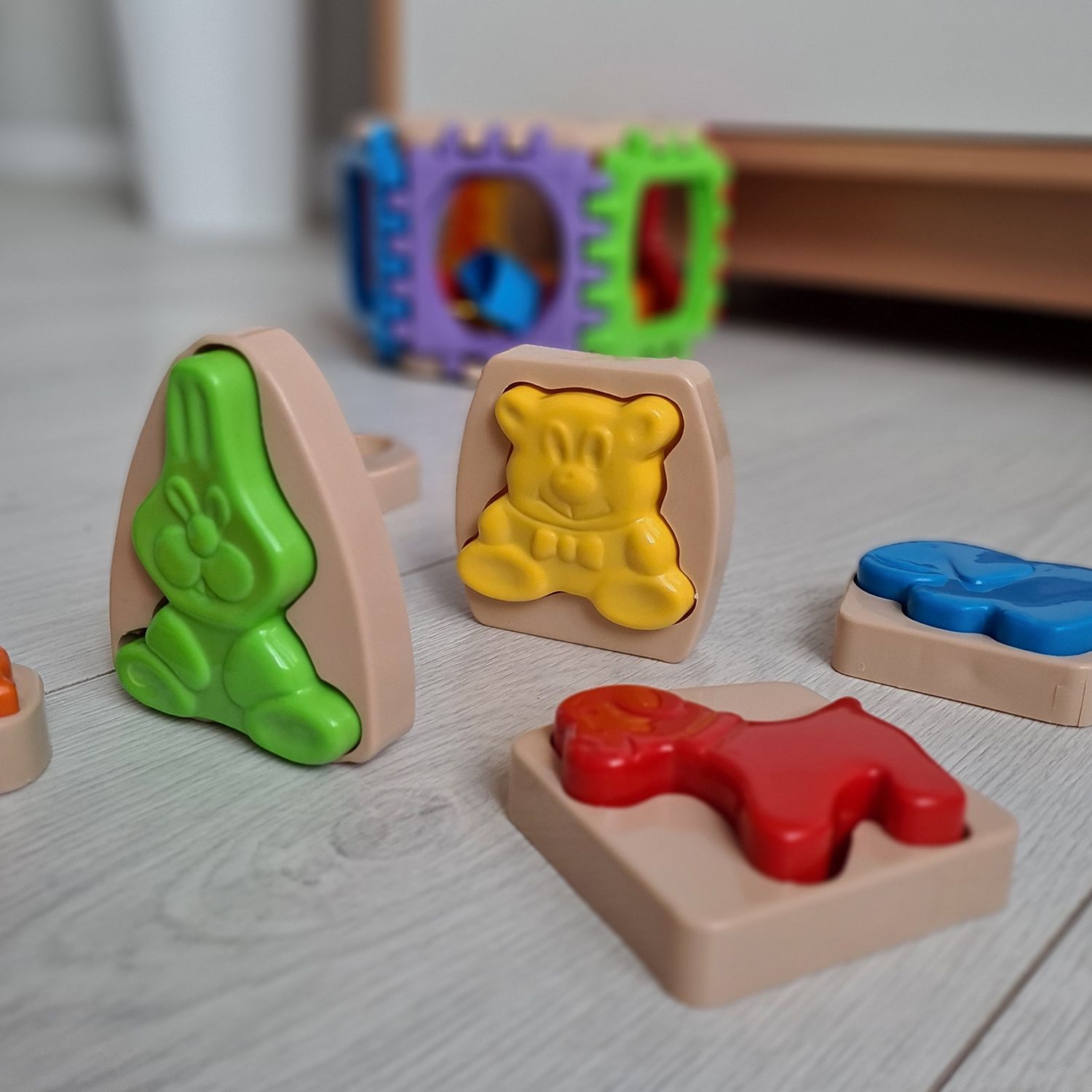 Experts advise to acquaint the kid first with animals. The toy sorter of the Ukrainian producer TM Tigres "Animals" will help you with it. It is difficult to keep the attention of a six-month-old baby. To do this, the designers of the Ukrainian brand successfully combine bright colors to stimulate the baby to play.

To make a hexagon, the child needs to connect its walls, which are 6 colored elements. In addition, in each wall of the cube there are shaped holes to which you want to choose animal figures of the appropriate shape. Picking up figures for holes, the child learns shapes and colors, learns to compare and analyze, develops memory and logic.

Sorter toys are designed for children 1+. However, the baby can play with TM Tigres sorters from the age of six months, when he starts to sit confidently. After all, toys do not contain small elements and are safe for babies.